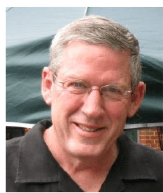 Joe Wertheim loved Mt. Lebanon Public Library. A long-time resident of Mt. Lebanon, he served as Treasurer of The Friends of Mt. Lebanon Library for ten years before joining the Library’s Board of Trustees fifteen years ago. He served two terms on the Library Board, holding positions of Treasurer and President. He then volunteered to serve as President of the Friends, a position he held for six years. While he was the Friends’ President, he was again appointed to the Library Board in 2009 and reappointed to an additional 3-year term in April 2012. At the time of his death in August 2012, Joe was both a Library Trustee and President of The Friends. He served the Library with distinction.

Joe was a proud ambassador of the Library, making lasting connections between people and the Library and tirelessly promoting the Library’s services; Joe endeavored to recruit and develop supporters for Library activities and the Friends, particularly the Library’s used book shop, The Book Cellar, which he championed. He made a lasting imprint by setting sterling standards for Library fundraising, stewardship of public funds, and volunteerism. His commitment to excellence, strong leadership, and advocacy were noteworthy and he was respected and admired for his many contributions, as well as for his enthusiasm, selfless work, strength of character, and many kindnesses. For more than twenty years Joe Wertheim was the epitome of dedication to Mt. Lebanon Public Library and to the community it serves.

Joe was an avid reader, so it is particularly fitting that the Library pays tribute to Joseph H. Wertheim by founding the Joseph Wertheim Memorial Author Lecture (now Mt. Lebanon Public Library Speaker Series), funded initially with donations given in his memory.